It was more than an obvious mismatch: a brigade of misfit Texans and their well polished French commander, Brigadier General Camille Armand Jules Marie, Prince de Polignac. Way to difficult to pronounce, the Texans chose a much easier title — General Polecat. Despite numerous desertions, deplorable conditions and an overwhelming Union offensive, the prince whipped his command into a formidable infantry brigade. During the Battle of Mansfield, Polignac’s brigade played a key role in routing Federal troops from the field, preventing the capture of Shreveport and an invasion of East Texas.

Are you hot in those wool uniforms? Life of the soldier will be presented from 10:00 to 4:00. Throughout the day, soldiers will drill, present firing demonstrations and be available to answer questions about life in the ARMY during the Civil War. (The answer is yes)

Walker will explore one of the more difficult personalities of the Civil War ranging from patriot to plunderer, giving credit where credit is due.

Diane’s talk will shed light on the creativity in using skills learned by women at a very young age and using these skills in the very dangerous, and unsuspecting roles of a spy. Beginning in pre Revolutionary times through the Cold War, more and more records are beginning to surface that suggest something of the trials and risks these girls and women that gathered information faced. Battles were won and lost as a result of information used or ignored. Some of the characters are well known names today, some had identities so protected they continue to be known by only by the number 355, yet their contribution to their cause remains legendary and set the course for espionage in today’s time. 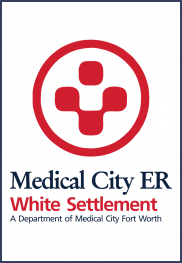